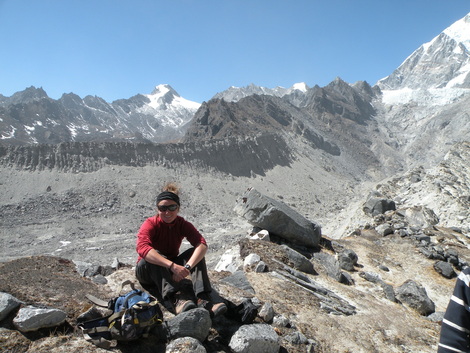 My research interests lie in understanding orogenesis of convergent tectonic settings using structural analysis, thermochronology, and petrography.  My main focus is how orogenic processes are preserved and recorded in the strain and kinematics of deformed rocks, and what this can tell us about the mountain building process. 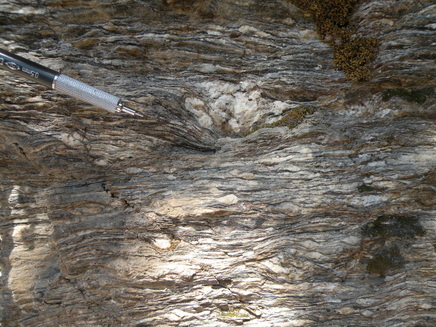 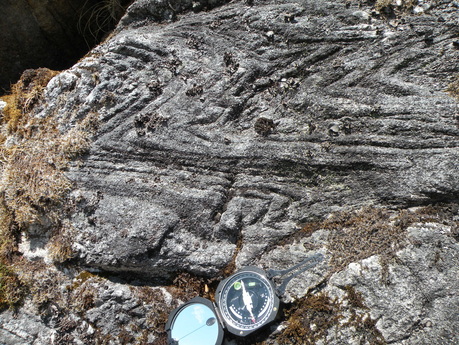 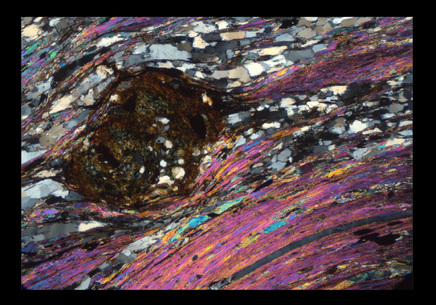 1st Place Popular Vote, 2nd Place Best Submission in UCSB's 2013 Annual Art of Science contest
featured in the February 2014 Education Exhibit at the Santa Barbara Museum of Art
"The Starry Night"
This photomicrograph of a garnet mica schist collected in the Solu Khumbu region of Nepal near Mount Everest, is a beautiful example of a metamorphic rock that dove to temperatures near 400 degrees Celsius and pressures of .5 GPa, approximately 15 km below the surface of the Earth. Taken under crossed polarized light this photomicrograph illuminates microscopic mineral properties and metamorphic textures that explain the history of deformation this rock has experienced during it's journey back to the surface from depths of 15 km to topographic heights of 5 km where it was found in the Himalayan Mountains. Chemical reactions enabled the growth of new minerals and textures in the rock while other minerals broke down during deformation. This stunning example of a garnet, muscovite, and quartz rich schist is reminiscent of Van Gogh's famous 1889 oil painting 'The Starry Night' and is a beautiful visual record of the growth of the Himalayan Mountains.